Mother Mulcher, How Much Mulch is Too Much? 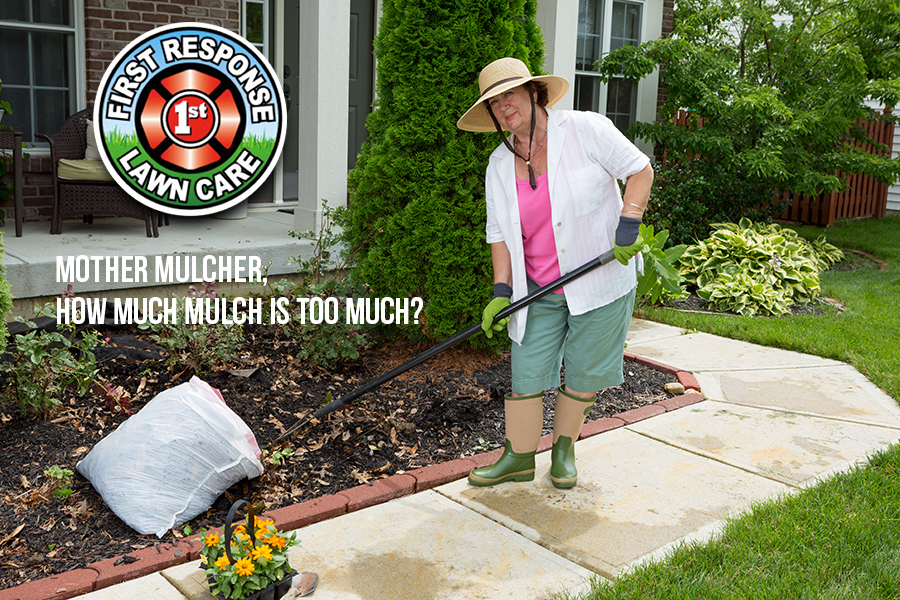 My mother is an overzealous mulcher. She’s obsessed with buying 10-15 bags of redwood mulch every few months to keep her beds looking fresh and bright. This is such a waste of money, but also could be hazardous to the shrubs and trees the mulch encases.

The Harms of Over Mulching

Before topping off your beds with more mulch, first measure how much mulch is already there. A two to four-inch layer is ideal, and provides many benefits to plants like:

Since mulch does so many good things, it is easy to think more would be better. In reality, thicker layers of mulch actually harm plants. When mulch builds up over four inches it often becomes a water repellent. When this happens water simply sheds off the top of the mulch rather than soaking in to the soil below, leaving plants thirsty.

If you already have a four inch layer of mulch on your beds, but wish to add more to brighten up the bed’s appearance, you have two options.

Another common mistake is to treat mulch like a soil amendment, mixing it into the soil when you plant. When mixed into the soil, they slowly release nutrients, help retain moisture and also improve drainage. Most mulches are too coarse to make good soil amendments. Often mulch and soil are mixed together by accident when new plants are set out. Over time, you can build up a layer of mixed soil and mulch that is several inches thick. Plants typically do not grow well in this mix because it stays too dry and because the decaying mulch actually pulls nitrogen out of the soil. To avoid mixing mulch with soil, always rake mulch away from the area before planting. If you have beds where mulch has become mixed with the soil, rake down to the soil level and be sure to plant into soil rather than mulch.